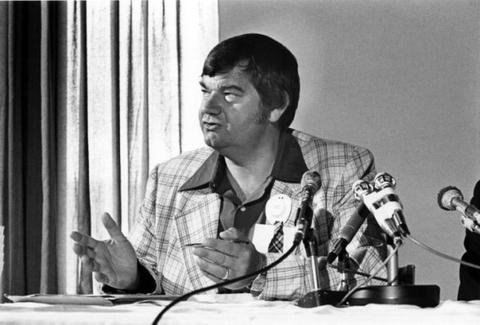 16.8 m of textual records and other materials:

Dr. Clinton Bruce Hatfield was born on 18 July 1926 in Calgary, Alberta. He attended Hillhurst Junior High School and graduated from Western Canada High School in 1945. He completed his undergraduate medical training at the University Alberta, receiving his Bachelor of Science in 1948, Master of Science in 1951, and his Medical Doctorate in 1953. Dr. Hatfield interned at the University of Alberta Hospital (1953-1954) before moving in 1957 to the University of Minnesota, Minneapolis on a Fellowship in Medicine for further internship and residency training. He was an Instructor in Medicine at the University of Minnesota Hospital from 1958 to 1959. During this interval, Dr. Hatfield also obtained his Specialty Degrees including the Royal College of Physicians in London, the Royal College of Physicians of Canada and the American College of Physicians. Dr. Hatfield traveled to England during 1958-1959 to complete a year's training as a Volunteer Research Assistant at the Hammersmith Hospital where he studied in the field of Adrenal Physiology with Dr. C.L. Cope. He also obtained certification by the American Board of Internal Medicine.

In 1959, Dr. Hatfield returned to Calgary to establish a private practice in general internal medicine with his brother, Dr. Robert Edgar Hatfield. In addition to his private practice, Dr. Bruce Hatfield was also on staff at the Calgary General Hospital where he served on the Intern Committee, Library Committee, Medical Education Committee, Pharmacy Committee (of which he was Chair in 1966), and the Department of Medicine Committee. Dr. Hatfield has at various times also worked for the Holy Cross Hospital and the Crippled Children's Hospital, the Crossbow Auxiliary Hospital, the Bethany Chronic Hospital, Glenmore Auxiliary Hospital, and Sarcee Auxiliary Hospital. He has also been Acting Consultant in Medicine for the Alcoholism Foundation of Alberta and Staff Consultant for Imperial Oil Limited. For many years, Dr. Hatfield participated as the Trail Ride doctor of the Trail Riders of the Canadian Rockies. In 1970, Dr. Hatfield accepted a position as an Assistant Professor in the Division of Medicine at the University of Calgary. He retired in 1994 as a Clinical Professor of Medicine.

Dr. Hatfield was active in serving his community as a family life educator, and an educator in sexuality. In the 1960's and 1970's, Dr. Hatfield gave numerous presentations to youth groups and schools on the subject of Family Life and Sex Education, and traveled to India to deliver a paper on 'Sex Education: One Physician's View' in 1970. He has written several medical papers and was a panelist on two Ortho Symposiums concerned with Family Planning and Family Life and Sex Education as a Community Responsibility in 1966 and 1967. He also served as a lecturer in Family Life Education and as a member of the Professional Advisory Committee of the Pastoral Institute of the United Church of Canada from 1962 to 1968.

Dr. Hatfield worked in the field of medical ethics most of his professional career. He was Chairman of the Alberta Medical Association Committee on Ethics, a former member of the Canadian Medical Association Ethics Committee, and was a founding member of the Ethics Consultation Service at the Foothills Hospital. His interests included active promotion of better care for the terminally ill, and as an educator in the field of death and dying. Dr. Hatfield and his brother Dr. Robert Hatfield were awarded the Alberta Achievement Award and the Premier's Cup for Excellence in Medicine and the Community for their work with the terminally ill. Dr. Hatfield also served on the Minister's Committee on Human Sexuality Education, and as a Commissioner on the federal Royal Commission on New Reproductive Technologies. In the mid-1980's Dr. Hattfield co-authored two books with his brother Dr. Bob Hatfield: 'Matters of Life and Death', and 'Treat Me Right!'

Dr. Hatfield was an active member of the United Church of Canada, serving as Clerk of Session at Woodcliff United Church and as a Commissioner at three of the General Councils. In the 1960's and '70's, he also served on the Board of Directors of the Naramata Centre of Christian Leadership Training and as a Senate Member of St. Stephen's College in Edmonton. In addition to these activities, Dr. Hatfield is a founding member of the Association for the Rehabilitation of the Brain Injured (ARBI), a church based outreach project working towards the betterment of the lives of the severely brain injured. Dr. Hatfield was also involved in the founding of Mutchmore Place, a hostel for the treatment of alcoholics in the 1960's.

Dr. Hatfield received numerous awards throughout his career including the 'Citizen of the Year' award from the Junior Chamber of Commerce in 1970; an 'Award in Recognition of Achievement in the Field of Medicine and Community Activity' from the Calgary Centre for the Age of Enlightenment (1982); the 'Alberta Achievement Award in Excellence' (1983); the 'Premier's Cup Award' (1983); service and recognition awards from the Faculty of Medicine, University of Calgary (1986, 1991), and from the Alberta Medical Association (1990), the Association for Rehabilitation of the Brain Injured (1992), and the Canadian Medical Association (1992). Both Drs. Hatfield also received Honorary Degrees from the University of Calgary in 1995.

The fonds consists of records created or collected by Dr. Hatfield that relate to his professional education and medical practice, and includes records pertaining to Dr. Hatfield's service to his professional community, and at the provincial and federal levels. The fonds also contains records reflecting Dr. Hatfield's activities in the United Church and his numerous personal affiliations with other organizations and societies. These records include personal correspondence, medical training notes and research papers, certificates of recognition for professional and personal service, teaching and lecture materials, speeches, presentations and sermons. The fonds also includes records created or collected during Dr. Hatfield's tenure on the Royal Commission on New Reproductive Technologies, consisting of correspondence, briefs and presentations, research records and reference materials.

All personal information including patient names, personal names, phone numbers, e-mail and other addresses is restricted for 75 years. Some of the records from the Royal Commission on New Reproductive Technologies are restricted under the federal Access to Information Act and the Privacy Act.

The majority of the records are in English. Other records are in French, primarily in Series 2, sub-series 2 for the Royal Commission on New Reproductive Technologies.