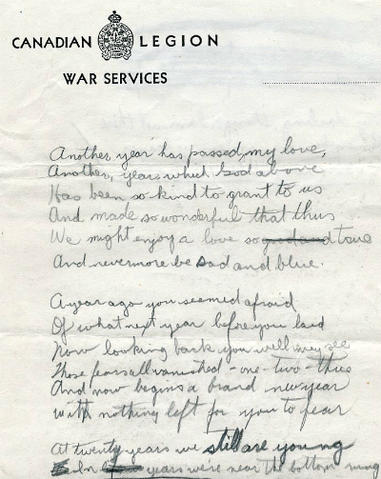 William Jackson Cummer, the eldest son of John Wellington Cummer and Laurine (Jackson) Cummer, was born in Drumheller on July 6, 1922. He joined the Canadian Armed Forces in 1940 and was initially stationed in Calgary with the 2nd Battalion Calgary Highlanders. He later served with the 6th Division Petrol Company and received a medical discharge in 1943. He found work in the oil patch as a payroll clerk for a small drilling company, General Petroleum of Canada. From 1976 he directed the global operations of Westburne International Drilling Ltd. He passed away in Calgary on May 7, 2013 at the age of 91.

The fonds consists predominantly of training materials with a small collection personal items and Christmas cards and some printed publications - all related to Cummer's WWII experience.