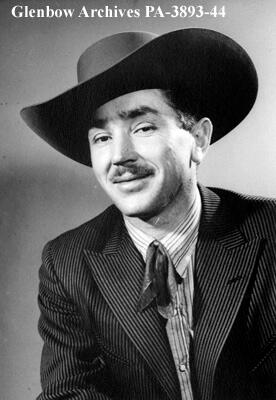 Thomas Ure Primrose, 1921-1969, was born and grew up at Taber, Alberta and then followed his family to a home near High River during the 1940s. He started his journalism career in Manitoba. In the mid-1950s he began working as a reporter for the Calgary Herald newspaper and in 1957 became the agricultural editor. In addition he wrote a column for several years in the Canadian Cattlemen magazine. Following a short term as an editorial writer for the Lethbridge Herald he joined the Calgary Albertan in 1962. The following year he became agricultural editor for that paper. In 1963 he founded Field, Horse and Rodeo, a magazine devoted to hunting, fishing and rodeo. In his writing he occasionally used the nom-de-plumes of Tony MacUre or Tommy Ure. Primrose operated the Roundup Ranch near Millarville, Alberta where he raised Arabian and Quarter horses. He was a director of the Alberta Percheron Association. Primrose was the author of two books, The Cypress Hills / Tom Primrose. -- Calgary : Frontier Books, 1969; and The Lost Lemon Mine / Dan Riley, Tom Primrose and Hugh Dempsey. -- Calgary : Frontiers Unlimited, 1963. He also provided substantial assistance to Robert Campbell in the preparation of his memoir, I Would Do it Again : Reminiscences of the Rockies / Robert E. Campbell. -- Toronto : Ryerson Press, 1959. Primrose married Rosemarie and he had one stepson, Gary.

Gift of Rosemarie and Gary Primrose, 2011.