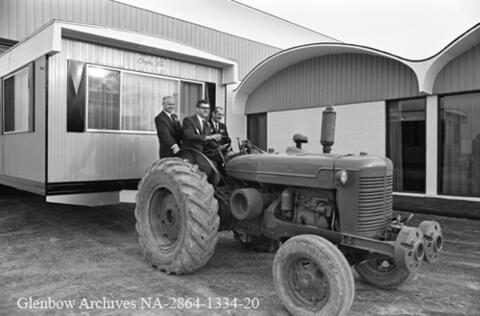 In 1943 he founded Industrial Fabricators with Bruce Nodwell, and the following year founded the United Trailer Company. In 1959 he developed the Bel-Aire Estates in southwest Calgary. He formed Foundation Properties with others in 1961, to build a Calgary shopping centre. In 1963 he headed Allied Development Corporation, which built the CN Tower in Edmonton. He formed Instant Housing Industries Ltd. in 1967 to manufacture mobile homes. Ted divested himself of many of his business ventures in the 1970s due to his health.

He was founder and director of the Calgary Community Foundation, building chairman for the Beth Israel Synagogue, and a founder and first president of the Meadowlark Athletic Association, which opened a curling club in 1951.

Records related to Ted Riback's involvement in the Jewish community are held by the Southern Alberta Jewish Historical Society, Calgary.