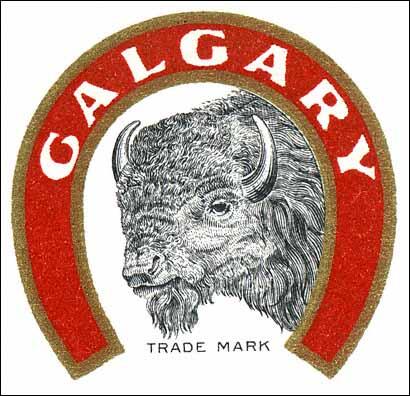 The Calgary Brewing and Malting Company Ltd. (CBMC), one of Calgary's longest surviving businesses, was founded by A.E. Cross in 1892. In 1893 the company produced its first beer, and registered its well-known buffalo head and horseshoe logo. In 1910 CBMC bought Golden West Brewery of Calgary. In 1925 it purchased Silver Spray Breweries of Calgary, and renamed it Big Horn Brewery. In 1952 it acquired Edmonton's North West Brewing Company, and renamed it Bohemian Maid in 1958. CBMC owned or financed many hotels across the province, in order to ensure a market for its beers. A subsidiary company, Ranchmen's Trust Company, was set up in 1912 to handle hotel purchases and mortgages. In 1957 the Alberta government required breweries to dispose of hotels, and many CBMC hotels were sold in the 1960s. A.E. Cross died in 1932 and his son, J.B. Cross, took over as president.

The Brewery under the Cross family was very community-oriented. It actively supported local sports through the Calgary Buffalo Athletic Association, developed the Brewery grounds as gardens for the enjoyment of Calgarians, and in 1938 established a Fish Hatchery. Two personal projects of J.B. Cross were the Aquarium, opened in 1960, and the Horsemen's Hall of Fame (a western heritage museum), opened in 1964. The Aquarium closed in 1972, and the Horsemen's Hall of Fame in 1975, at which time its artifacts were donated to Glenbow.

The Brewery was bought out by Canadian Breweries in 1961, although J.B. Cross remained president until his retirement in 1963. The company was subsequently bought by Rothman's in 1969, renamed Carling O'Keefe in 1973, purchased by Foster's Brewing of Australia in 1981, and finally taken over by Molson Breweries in 1989. It was closed in 1994.

Union grievances files are restricted for twenty years from the date of creation.

The papers of A. E. Cross are also held by Glenbow, and contain official correspondence of the Calgary Brewing and Malting Company, 1892-1906. The Horsemen's Hall of Fame fonds is also held at Glenbow.