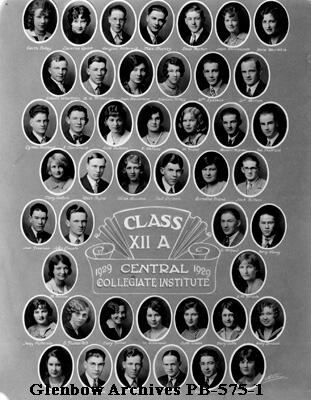 Christopher Howson, originally from Cavan, Ontario, graduated with a medical degree in 1905 and set up practise as a physician in Stettler, Alberta. In 1907 he married Adah Marjory Vance from Ontario, and they had two children, Margaret Elizabeth "Peggie", 1910-1991 and Alice Louise, 1911-1996. The family moved to Islay in ca. 1912 where Christopher worked at the hospital. During First World War he served overseas with Third Field Ambulance. After the war Christopher and Adau separated and he moved to California, USA. Adau and the children moved to Winnipeg, to Saskatoon, Saskatchewan and finally to Calgary in the late 1920s. Margaret and Alice attended Normal School and became teachers. At the beginning of Second World War Margaret retired from teaching and became a munitions inspector. She returned to Calgary where she worked as an accountant, and then in the Glenbow library. She retired to White Rock, British Columbia in 1980.

Gifts of Margaret and Alice Howson and the Dunlap Drug Company Limited, 1962-1992.

The fonds consists of photographs of Christopher, and Stettler, Buffalo Lake, and high schools in Calgary; and family correspondence, Margaret's birth certificate, Christopher and Adau's marriage certificate, and a drug prescription made by Christopher at the Stettler drug store.

An interview with Margaret Howson is in the Charles Ursenbach Oral History Project at Glenbow (RCT-145-15 and M-4211-7).