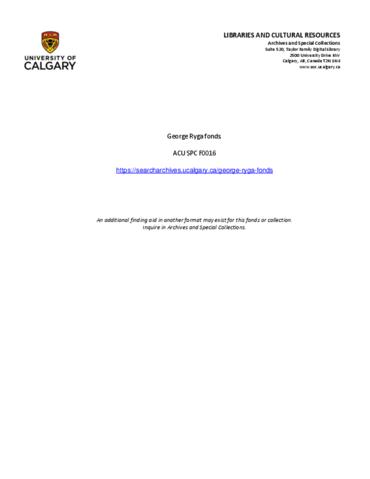 9 m of textual records and other material.

Canadian playwright and novelist. Born in Deep Creek in the Athabasca region of Alberta on July 27, 1932. Died in Summerland, British Columbia, on November 18, 1987. Biographical information available in The Oxford companion to Canadian literature, 2nd ed., p. 1027-1028; The Oxford companion to Canadian theatre, p. 479-481; and in The ecstasy of resistance: a biography of George Ryga, by James F. Hoffman (Toronto: ECW Press, 1995).