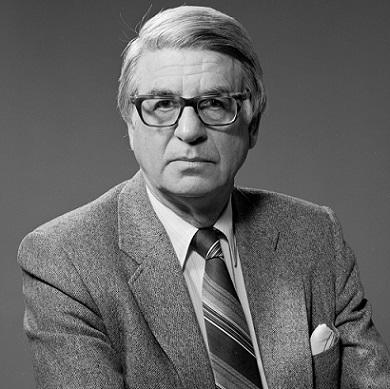 5.17 m of textual records and other material:

Canadian author, historian and University professor, Ulrich Franz Josef (Frank) Eyck was born in Berlin, Germany, on July 13, 1921 and died on December 28, 2004 in Calgary, Alberta. Dr. Eyck was born into an educated upper middle class German Jewish Family. He was educated in Berlin and London, England. In 1935, the Nazi’s persecution of Jews, forced Dr. Eyck to emigrate to England. During the Second World War, Dr. Eyck, then known as Frank Alexander, was interned as enemy alien on the Isle of Man. He took up an offer to serve in the British Army from 1940-1946 and was a member of the information control unit that helped establish a democratic press in northern Germany. After the war, he studied modern history at Worcester College, Oxford, 1946-1949. He worked as a journalist with British Broadcasting Corporation (BBC), London, from 1949-1956. At the BBC, he edited the weekly German language programme, Hier Spricht London. Later he compiled news from abroad. From 1956-1968, he was a research fellow at St. Antony's College, Oxford. Dr. Eyck taught history at Liverpool and Exeter University, 1958-1968, and the University of Calgary, 1968-1987. In 1972 he was made a fellow of the prestigious Royal Historical Council Fellowship. From 1974 to 1979 he was ViceChairman of the Council of the Inter-University Centre of Post-Graduate Studies in Dubrovnik, Yugoslavia and in 1982, he was visiting professor at the University of Wűrzburg, Germany. He
was also associated with the New Work based Leo Baeck Institute, devoted to the history and culture of German speaking Jews.

A respected scholar, Dr. Eyck was the author of several books on British and German history including the Frankfurt Parliament : 1848 -1849; The Prince Consort: A Political Biography; and Politics and Religion and Politics in German History. Dr. Eyck also edited the book The Revolutions of 1848-49. Dr. Eyck wrote a memoir A Historian’s Pilgrimage: Memoirs and Reflections which his wife Rosemarie Eyck completed and published after his death. Dr. Eyck also wrote the authoritative biography of George Peabody Gooch (G.P. Gooch: A Study in History) a noted British historian, Liberal politician and editor of the British Documents on the Origins of the Great War as well as the founder and editor of the journal the Contemporary Review which figured prominently in the debate about British foreign policy before, during and after WWI and II. Gooch was a colleague of Eyck’s father, also a historian, politician and lawyer and an ardent supporter of the Eyck family and other refugees from Nazi Germany.

No restrictions on access. However, researchers consulting materials from the Royal Archives at Windsor Castle, acquired for the book The Prince Consort, who wish to quote them in any publication, including dissertations, must have permission from the Assistant Keeper of the Royal Archives. Original Gooch papers, Dr. Eyck selected from Gooch’s estate for his biography of Gooch, have been copyrighted to the University of Calgary by the Gooch Estate.

Text in English and German.