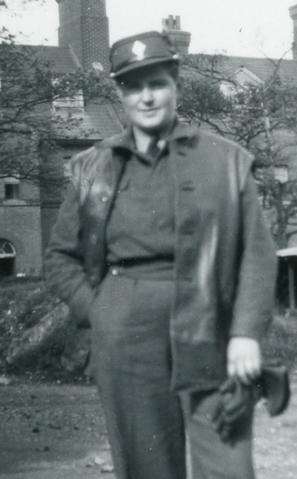 Beatrice Ross enlisted with the Canadian Women's Army Corps at the start of WWII. She went overseas with the 2nd Battalion and served as an ambulance driver, transporting injured soldiers from the front to field hospitals. Following the war, Ross returned home to Alberta and settled in the Turner Valley area, working as an attendant, and later as a manager, for a large service station. She died in the summer of 2004.

Fonds consists of material gathered or created by Beatrice Ross. All records pertain to Ross's experience as a soldier in the Canadian Women's Army Corps during WWII.

Fonds is divided into seven series: