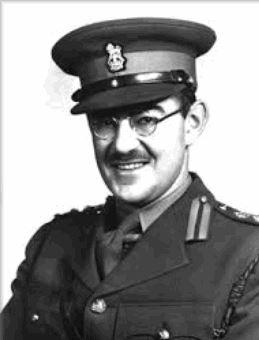 William Smith Ziegler was born in Calgary, Alberta on April 5 1911. Ziegler begin his participation in the Canadian military in 1926 as a member of the Non-Permanent Active Militia, where he was promoted to an officer in 1932. During WWII Ziegler served with the 1st Canadian Division in both Holland and Italy. He was steadily promoted and trained for leadership throughout the war, ending up with the rank of Brigadier and the command of the Royal Artillery, 1st Canadian Division. After the war he stayed with the military, serving with the British Foreign Office (German Section) as Deputy Commander of the Hannover Region. Ziegler left the military in 1950 and worked afterwards for Canadian National Railway and Inland Cement and Genstar Limited. He died in Edmonton, Alberta in 1999.

This AtoM record was created by Jason Nisenson in March, 2016.