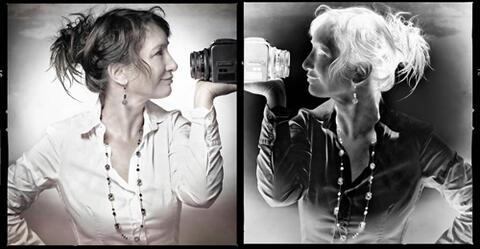 Trudie Lee has been a professional photographer in Calgary, Alberta for over thirty years. She bought her first camera, a Nikon F2, from a man who advised her "don't try to make a living at this". Trudie studied journalism at the Southern Alberta Institute of Technology (SAIT), followed by a short time at the Alberta College of Art to improve her commercial photography skills. Her first job was as an assistant resident photographer at the Banff Centre for the Arts. In 1988 she opened her own studio in Calgary with her partner and fellow photographer, Brian Harder. Beginning in 1989 she was hired to photograph the dress rehearsals and live performances of numerous performing arts groups in the city and has continued to do so.

Some highlights of her career include travelling Europe and North America for the Emergo Book Project, photographing Queen Elizabeth, and celebrating 25 years of collaboration with Decidedly Jazz Danceworks, Theatre Calgary and the Calgary Opera. In 2004 she switched from using traditional film (negatives) to digital photography. The business is now split between arts and the corporate sector, and is one of Calgary's largest photographic studios. In 2001 Lee and Harder had twin daughters.