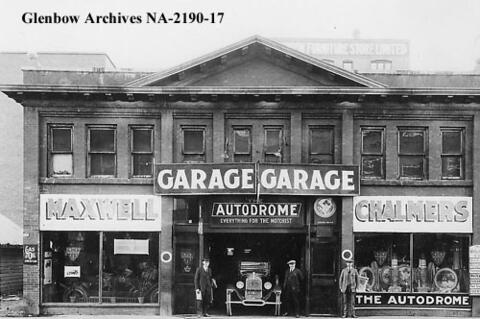 Okey Strain, 1884-1964, was born in Kansas, USA. In 1904, he came to Alberta and homesteaded near Cremona. In 1914 he and George W. Bowlby bought the Universal Repair Shop in Calgary, and Strain began a long career as an automobile mechanic. He fought with the 10th Battalion during the First World War, and on his return worked for Siegal Garage, the Autodrome, and Williams Motors before being hired by Precision Machine and Foundry Ltd. in 1937. He remained with Precision until his retirement in 1954. In 1929 he married Maude Ann Marion, and they had three children. Strain invested in farm land and several oil companies, including Aurora Oilfields Ltd., Western Ridge Oil Company, and Bituminous Sand Extraction Company Ltd.