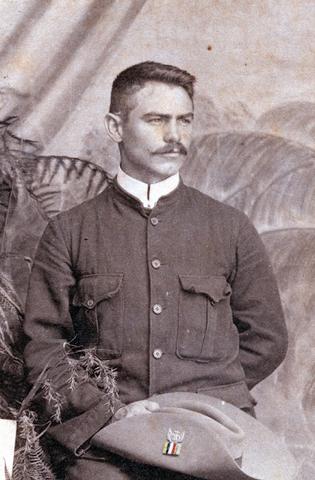 David Williams was born in South Africa sometime in the later second half of the nineteenth century. His ancestry was mixed British, German, and Boer. During the Boer War Williams, and two of his brothers, fought on behalf of the British. A third brother, Lloyd, elected to fight on behalf of the Boers.

Lloyd Williams was born in South Africa towards the end of the nineteenth century. His family was mixed ancestry of British, German, and Boer, and when the Anglo-Boer war broke out Lloyd joined the Boers, while his three brothers joined the British. Williams was taken prisoner during this conflict, and spent the remainder of the war at a prisoner of war camp in Ceylon. Williams was a photographer and he was permitted to take photographs of the prison camps.

This AtoM record was created by Jason Nisenson, February 2016.