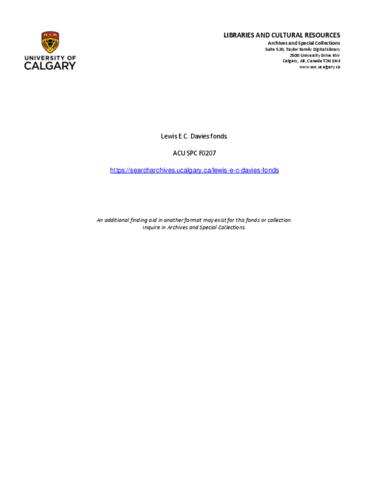 0.31 m of textual records and other material.

Canadian medical doctor. Educated at Oxford University, England. Zone Superintendent of several regions, including the Mackenzie, Foothills and Northern Alberta regions, for the Canadian Department of National Health and Welfare in the 1950s and 1960s. As Zone Superintendent, he was in charge of five medical surveys of the western Arctic between 1956 and 1960. In 1971 Dr. Davies was Area Director, Vancouver Medical Services of Canada, Department of National Health and Welfare. Died in 1972 or 1973.

Collection is part of the Arctic Institute of North American rare books collection.