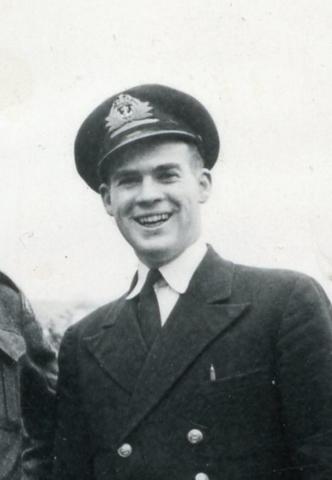 John Louis Quinn was born in Moose Jaw, Saskatchewan in 1923. During WWII he enlisted as a sailor in the Canadian Navy as soon as his age allowed him to. He continued to serve through to the Korean War as Lieutenant Commander of HMCS Iroquois. Quinn was killed along with two other crew members by a shell fired from shore near Songjin. These were the only three deaths suffered by the Canadian Navy during the Korean War. He is buried in the Yokohama War Cemetery in Japan.