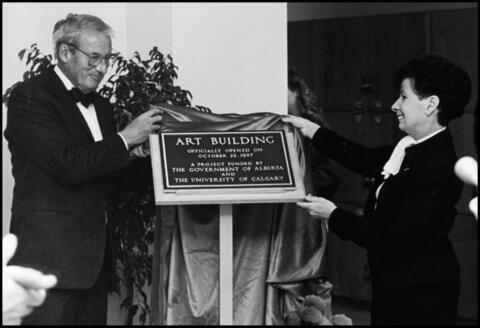 Shirley Janet Tebo, ca. 1931-1988, was born in Edmonton, Alberta, and was educated at Balmoral and Crescent Heights schools in Calgary, the University of Calgary and the University of Manitoba. She received a teaching degree and taught at Queen's Park and John Palliser schools in Calgary and the University Demonstration School in Canmore, Alberta. She also served as principal of Calgary's Highwood and Ranchlands schools. She was elected to the Alberta Legislature in 1982 as a Conservative and was re-elected in 1986. As a Member of the Legislative Assembly (MLA) she was chair of the Health and Social Services Caucus Committee and the Social Care Facilities Committee. She also served on the boards of the University of Calgary, Glenbow Museum, Calgary Council of Advanced Technology and the Calgary Women's Network. She married Laurence Koper and they had three children, Michael, Ronald and Kathryn.

The fonds consists of records relating to teaching career and service in the Alberta Legislature.