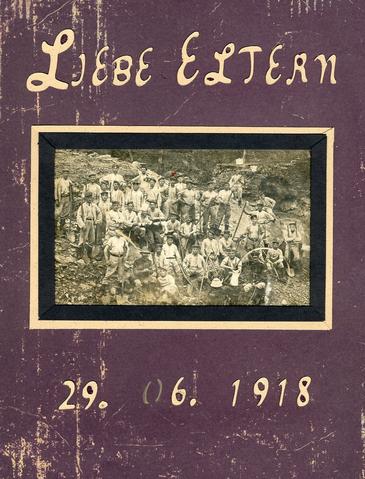 This institution has little biographical information about Gertrud Lessman. During WWII she lived in Bonn, Germany and had two sons. One son was in the Luftwaffe and was wounded at some point during the war. The other son was in the infantry and evidence indicates that he was part of the Blitzkrieg to France and was later sent to the Russian front and was likely involved in the Battle of Smolensk.

Items were given to Elisabeth Schevardo at an indeterminate date and kept by her until her death in Bonn, Germany in 1987. After that time they were kept by Schevardo's daughter, Hannelore Hepp.

Arrangement of photographs in the scrapbook is partially original to Lessman with some later arrangement and commentary provided by the donor.

This AtoM record was created by Jason Nisenson, October 2016.