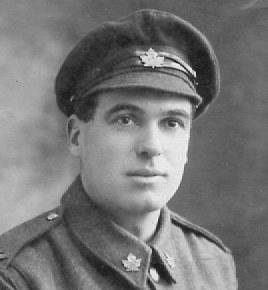 Frederick Edwin Smith was born August 28, 1887 in Dorsetshire, England. After emigrating to Canada in 1907, he worked as a farmer before enlisting with the First Canadian Pioneers at Moosomin, Saskatchewan in December of 1914. He served with the Canadian Expeditionary Force until the end of the war and was discharged by reason of demobilization on April 3, 1919. Following the war, Smith continued farming in the Rocanville area of Saskatchewan until his death in 1978.

Fonds consists of material gathered and/or created by Frederick Smith during his time as a soldier in the Canadian Expeditionary Force of WWI. The fonds includes a series of letters of written by Smith to Ella Snoddy, his fiancée, during each of the years he served overseas.