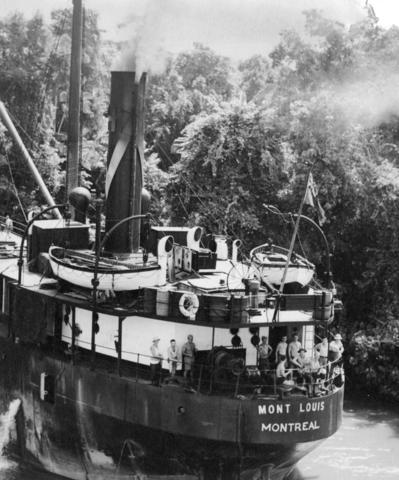 Fraser M. McKee obtained a BSc in Forestry from the University of Toronto in 1951. He briefly worked for the Quebec North Shore Co. and then, from 1953 – 1984, he held a variety of positions with Bell Canada. He began his military service in 1943 as an ordinary seaman. From 1947-1970 he served as an Active List Naval Reserve Officer and from 1971-82 was on the Supplementary Reserve List as a Commander. After retiring from the Navy he was an active participant in the newly formed Naval Officers Association of Canada (NOAC). In 1979, on behalf of the Toronto Chapter of the NOAC, he researched and wrote a paper on the importance of minesweepers in defending Canada’s borders: "A Paper on the Role of Mine-hunting/Minesweeping for the Canadian Navy." In 1983, he published "Armed Yachts of Canada" on the use of luxury yachts in both World Wars. In 1996, with Robert A. Darlington, he co-authored "The Canadian Naval Chronicle: 1939-1945" on the successes and losses of the Canadian navy in World War II. In 2004 he published "Sink All the Shipping There" on Canada’s merchant marine during WW II. In 2008, again with Robert A. Darlington as co-author, he published "Three Princes Armed" on the use of the Prince line of luxury liners as warships in WW II.

Fonds consists of the material gathered together by the author as he conducted extensive research into the topics dealt with in each of his five publications.
The fonds is divided into eight series:

No further accruals are expected

This AtoM record was created by Jason Nisenson, February 2016.