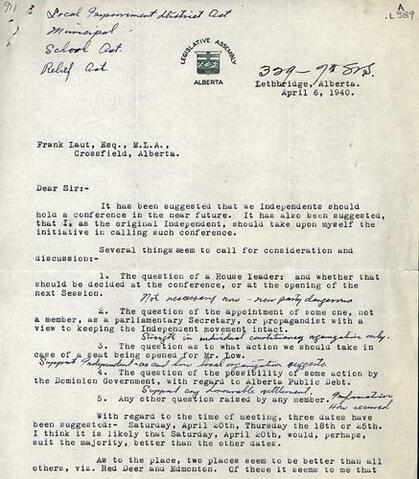 The fonds consists of speeches, radio broadcasts, election returns, and newspaper clippings pertaining to his political career; minutes and circulars of the Independent Movement; reports about water resources and irrigation; and photographs of farming and Crossfield.