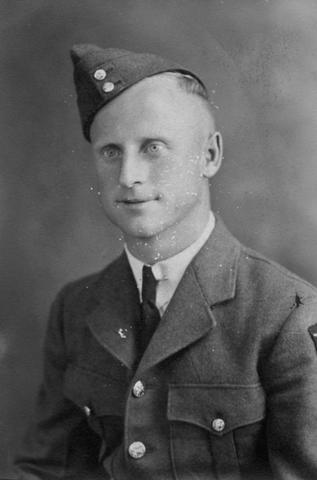 Flight Sergeant Earl Payson Gartley was born on March 24, 1906 in Jacksonville, N.B. He obtained his license to teach in New Brunswick in 1924 and later taught in Alberta until he enlisted in the Royal Canadian Air Force in July 1940. F/S Payson was originally stationed at Lethbridge, Alberta and later at RCAF Station Tofino (B.C.). On November 14, 1944, he was a crew member of a Canso flying boat that went missing on a routine patrol. After an extensive search, he was presumed dead. In the summer of 1946, wreckage from this aircraft was discovered at Ketchikan, Alaska. He was survived by his widow Carolyne, nee Bowman, and their two children.

Fonds consists of material gathered and/or created by Earl Payson Gartley or his family during the course of Gartley's career, first as a teacher and later as a member of No. 4 Squadron, Royal Canadian Air Force during WWII. The fonds is divided into four series: