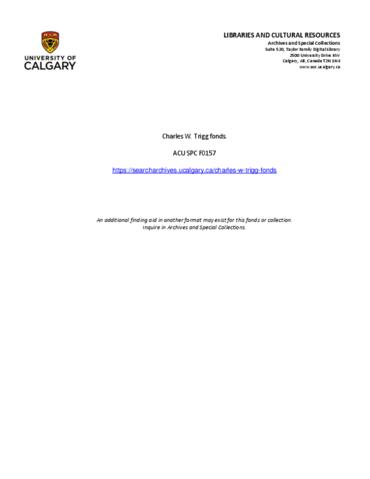 Charles Wilderman Trigg, American engineer, mathematician and educator, born 1898 in Baltimore, Maryland. Educated in engineering, mathematics and education at University of Pittsburgh, University of Southern California and University of California at Los Angeles. Worked as an industrial chemist and engineer, 1917-1943, and as an educator and administrator, 1946-1963. Served in the United States Navy during World War II. Book review editor of the Journal of Recreational Mathematics. Considered one of the foremost recreational mathematicians of the twentieth century. Further biographical information available at the repository.