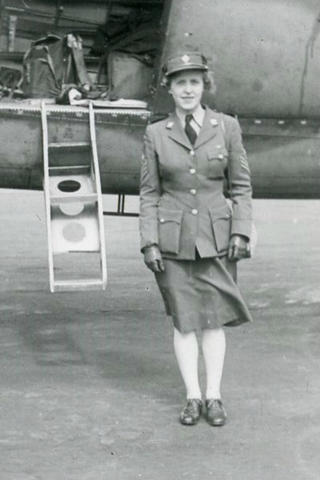 Camilla Matilda Carlsen (née Petersen) was born in Denmark on January 17, 1902. She emigrated to Canada to be with her husband during the early years of WWII. Following their divorce Carlsen served in the Canadian Women's Army Corps. She remarried George Edward Merriam in New Brunswick in 1951. Following his death Carlsen travelled the world, was active in the Red Cross, and eventually settled in Parrsboro, Nova Scotia where she died sometime around 1980.

Album belonged to donor's great uncle's wife, Camilla Carlsen. Kept by donor's father when Carlsen died and discovered by donor in her father's effects after he died in October 2016.

Photographs are housed in original album.