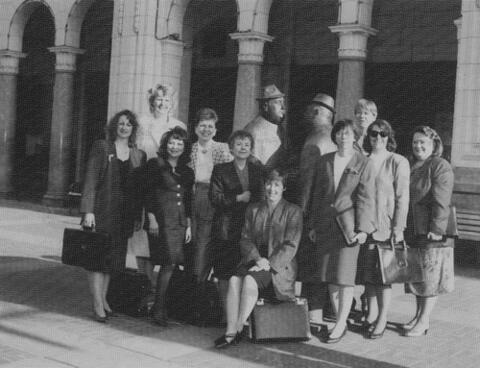 The Calgary Women's Network was formed in Calgary, Alberta by the Young Women's Christian Association (YWCA) in September 1980 because of interest shown by local women in having a group where career women could meet socially. It was a voluntary organization dedicated to encouraging women to develop and direct their lives to their unique potential, and to develop business and social relationships with other women. The Network believed in the right of all women to social, economic and political equality, and was committed to improving the status of women. The society was wound up in 2005. For further information see Calgary Women's Network, 1980 to 1995: Fifteen Years of History / Fiona Law and Lucette Simpson. - Calgary: the Network, 1995.