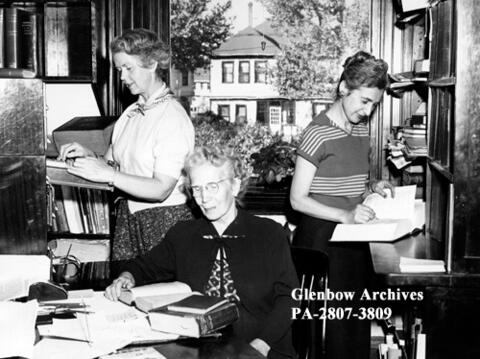 Andrew Carnegie provided the funds for the first Calgary Public Library, which was planned by Messrs McLean & Wright of Boston, and built in 1912. It was located at 12th Avenue and 2nd Street SW, Calgary, Alberta and was also known as the Memorial Park Library. The first librarian was Alexander Calhoun. In 1963 a new Central Library, designed by Stevenson, Raines, Barrett, Hutton, Seton & Partners, Architects was opened at 2nd Street and 7th Avenue SE. From 1965 to 1976 the Memorial Park building was used as the Glenbow Historical Library and Archives.