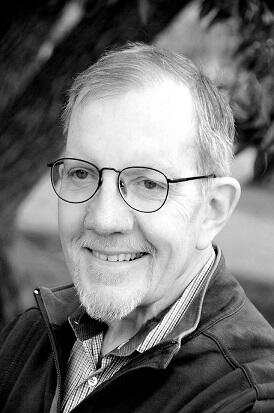 4.01 meters of textual records and other materials, including 5 black & white photo negatives, 1 compact cassette, and 7 CDs.

Brian Anthony Brennan was a Canadian journalist, broadcaster, musician, and writer who specialized in books about the colourful personalities of Western Canada's past.

Brennan spent 25 years as a staff writer with the Calgary Herald, from 1974 to 1999 writing columns and feature stories, and reviews on theatre, the police beat, tributes, and the 1988 Olympic Arts Festival. He was a full-time staff writer for the Herald's Sunday Magazine between 1988 and 1991.

Upon leaving the Calgary Herald, Brennan devoted himself full-time to writing books and magazine articles including for Galleries West Magazine. He also wrote for the New York Times, the Toronto Star, and starting in the late 1990s for the Globe and Mail (obituaries). As a storyteller, Brennan appeared regularly on the CBC Radio program Daybreak Alberta.

He was short-listed for the 2003 Grant MacEwan Author's Award, nominated for the Irish Times Literature Prize, 2001, and has received two Western Magazine Awards, and the national Hollobon Award for journalism. He was the first winner of the Dave Greber Freelance Writers Award, presented in 2004.

Building a Province: 60 Alberta Lives
Alberta Originals: Stories of Albertans Who Made a Difference
Scoundrels and Scallywags: Characters from Alberta's Past
Boondoggles, Bonanzas, and Other Alberta Stories
Romancing the Rockies: Mountaineers, Missionaries, Marilyn and More
How the West was Written: The Life and Times of James H. Gray
Songs of an Irish Poet: The Mary O'Leary Story (Máire Bhuí Ní Laoire: A Poet of Her People)
The Good Steward: The Ernest C. Manning Story
Leaving Dublin: Writing My Way from Ireland to Canada
The Calgary Public Library: Inspiring Life Stories Since 1912
Rogues and Rebels: Unforgettable Characters from Canada's West
Family Energy: The Story of Bob and Carole Brawn
Brief Encounters: Conversations with Celebrities
The Love of One's Country