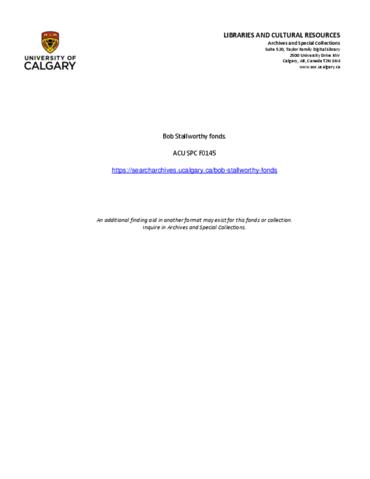 Canadian poet born in Atlantic Canada who has lived in Calgary for 25 years. Former editor of Dandelion Magazine and the author of two chapbooks and three full-length books of poetry (Under the sky speaking, Snowapple Press, 1998, From a call box, Frontenac House, 2001, and Optics, Frontenac House, 2004) as well as numerous book reviews. Widely published in Canadian magazines and anthologies and active presenter of readings and workshops. Recipient of Calgary Freedom of Expression Award in 2002 and a lifetime member of the Writers Guild of Alberta.