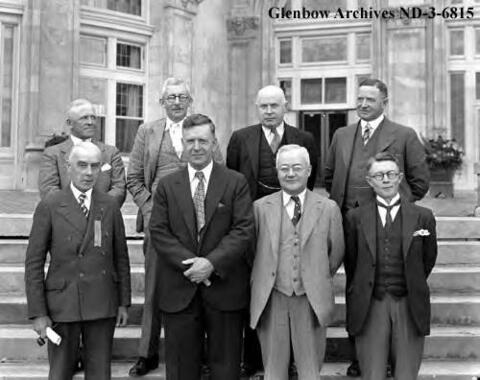 A number of municipalities associations were formed in Alberta's early decades to promote the improvement of municipal administration and government. The Alberta Association of Municipal Districts Secretary-Treasurers was established ca. 1920. In 1939 it began annual refresher courses in municipal administration which were sponsored by the Department of Extension at the University of Alberta and in cooperation with the Department of Municipal Affairs. The Alberta Rural Municipal Administrators' Association was formed ca. 1920 to provide current information for municipal secretary-treasurers on the interpretation of provincial legislation. ARMAA's name was changed to the Alberta Rural Administrator's Association ca. 1970. The Union of Alberta Municipalities was organized in 1905 by Calgary's Mayor Emerson. Its aim was to promote and protect the interests of municipalities. Its name was changed to the Alberta Urban Municipalities Association ca. 1966.

These records were collected by a former member of these associations.

Title based on contents of collection.