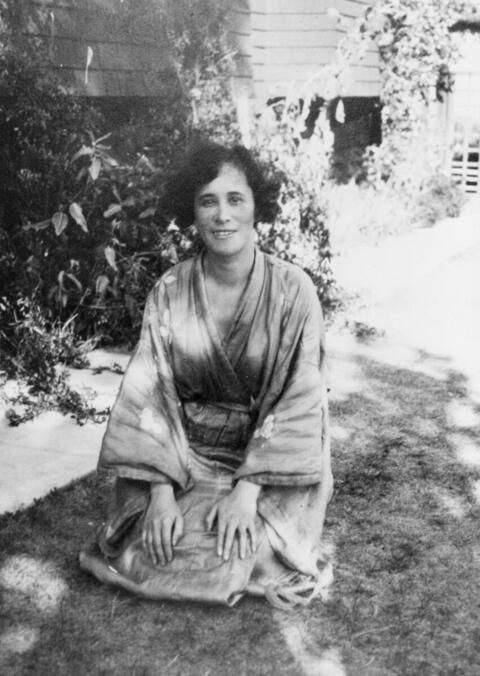 3.85 m of textual records and other material.

Canadian novelist and screenwriter Winnifred Eaton Reeve, née Eaton, was born in Montreal, Quebec. Her birth date is usually given as 1879 but she was born on August 21, 1875. At age 17 went to Jamaica to report debates of the Legislative Council. Moved to Chicago at which time her short stories were first published in Saturday Evening Post and other periodicals. Her first novel, Miss Nume, was published in 1899, followed by her best selling novel, A Japanese nightingale, in 1901. Continued to publish about a novel a year under the pseudonym Onoto Watanna. In 1917, after marrying Francis F. Reeve, moved to a ranch near Morley, Alberta, and then after several years to Calgary. Prominent in cultural organizations in Calgary, founding the Little Theatre movement and serving as first president of the Calgary branch of the Canadian Authors Association. Lived in the United States from 1924 to 1931, where she worked as an editor for Universal Pictures and wrote stories and screenplays for several film companies, such as Metro-Goldwyn-Mayer, Fox Films and Universal Pictures. Returned to Calgary in 1931; however, poor health restricted her writing and she wrote only a few short stories after that time. She died on April 8, 1954 in Butte, Montana, while returning to Calgary, Alberta, from California.

Further biographical information available in Onoto Watanna : the story of Winnifred Eaton Reeve / by Diana Birchall (Urbana, Illinois : University of Illinois Press, 2001). Winnifred Reeve's work and interest in the theatre prompted a generous donation by the Francis F. Reeve Foundation, which made possible the construction of the Reeve Theatre at the University of Calgary.