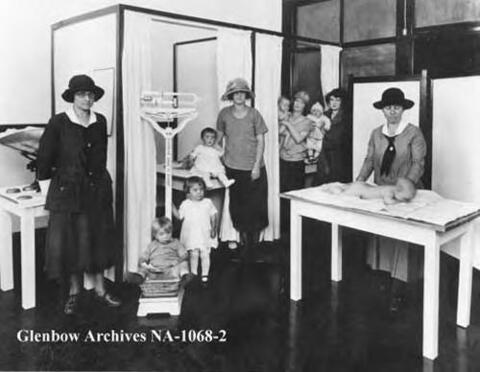 The Victorian Order of Nurses, an organization dedicated to public health nursing, was started in Canada in 1897, under Royal Charter marking the Diamond Jubilee of Queen Victoria's reign. The Order was established in Calgary, Alberta in 1909, with Mrs. James A. Lougheed as first president, and Ethyl Payne as first nurse. Other early nurses included Harriet Ash and Misses MacDonald, Claxton, and Fitzsimmons. In the early years the Order provided home care for tubercular patients, and aided in the 1918 influenza epidemic. In 1921 the first well-baby clinic was held, and was continued with support from Gyro Clubs and local physicians. The Order is still noted for its maternity work. Funding for VON originally came from tag days, garden parties and teas, and in more recent years from the United Way and provincial government. Since 1955, all VON nurses are required to have nursing degrees. In 2015 the VON withdrew from Alberta.

The fonds consists of correspondence, reports, invitations and programs, pamphlets, and newsclippings. Includes photos of nurses and baby clinics.

Records about Cottage Hospitals, run by VON in Alberta, are held by Library and Archives Canada. Photocopies are available at Glenbow (M-7684).