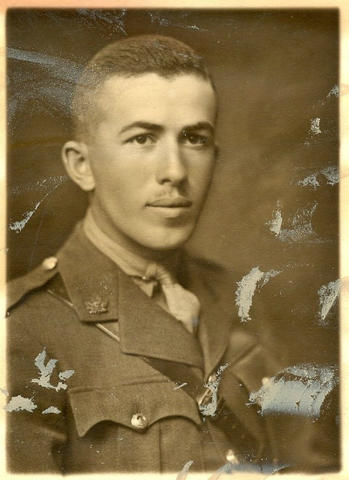 Thoburn Stephens Allan was born on April 23rd, 1896 in Nelson, British Columbia. In 1913 he entered into the Arts Faculty at McGill University and while there received training as a militia officer with the McGill contingent of the Canadian Officer's Training Corps. In 1916 Allan enlisted with the Canadian Expeditionary Force, serving with the Royal Canadian Regiment. Allan received several honours during his time of service including the Military Cross for gallantry while leading a company of soldiers during the Battle of Vimy Ridge. On August 26th, 1918, Allan died at Monchy-le Preux, near Arras, of wounds received during The Hundred Days Offensive. He is buried at Orange Hill Cemetery, Pas de Calais, France.

Following Allan's death, material was kept by his brother and then transferred to his nephew prior to donation.

The digitized service records of Thoburn Stephens Allan held by Library and Archives Canada can be found here: http://central.bac-lac.gc.ca/.item/?op=pdf&app=CEF&id=B0109-S014

Fonds processed by Jason Nisenson, May 2017.

This AtoM record was created by Jason Nisenson, May 2017.