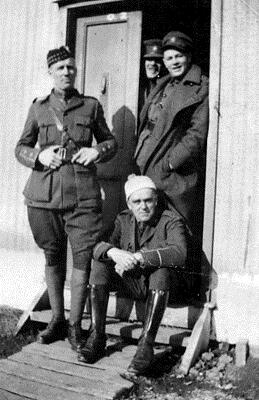 Thomas McLellan Tweed, 1886-1918, was born in Medicine Hat, Alberta. He graduated from McGill University as a civil engineer. In 1911 he married Marion Willis, 1891-1974, and they settled in Medicine Hat. They had two children, Duffield McLellan, 1912-?, and James Gordon, 1913-?. In 1916 Tom joined the 175th Battalion CEF and proceeded overseas in October of that year. He served as a Captain in the 50th Battalion in France and was killed in action in August of 1918.

The fonds consists of First World War letters and Field Service postcards sent by Tom to his mother and other family members while serving overseas. Includes a shrapnel-damaged book which he was carrying when killed on the battlefield. Also includes copies of biographical material compiled by the Tweed family.