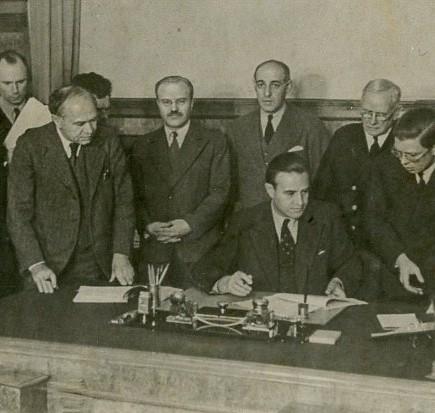 Stuart Pelham Anderson was born in Bedfordshire, UK, in 1897. Served in WWI in the British Expeditionary Force with the Gordon Highlanders. In later life he was an Establishment Officer in the cabinet office of the United Kingdom, including as member of Winston Churchill's secretarial staff during WWII. Anderson died in England in 1980.

Material was gathered by creator in his capacity as Establishment Officer in Churchill's cabinet during WWII.

Some prints are parts of official war photograph and agency sets including: The [US] Army Signal Corps, The [UK] Air Ministry, The US Army Air Forces, Sport and General Press Agency, The War Office.

Some photos captioned on verso.