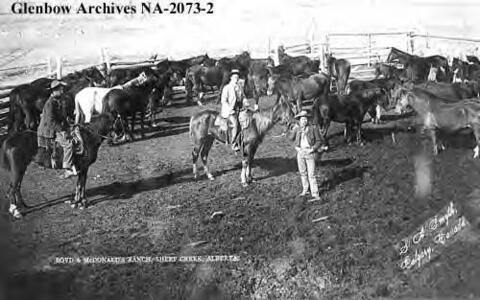 The Sheep Creek Agricultural Society was established in Okotoks, Alberta in 1892, and the first Okotoks Fair was held in October of that year. By 1900 there were 600 horses entered in various classes at the fair, and Okotoks became noted for its fine horses. The name was changed to the Okotoks Agricultural Society in 1905. Over the years the society held an annual fair, plowing matches and garden competitions, and sponsored sheep and calf clubs. The society was dormant for a period in the late 1950s. It celebrated its centennial in 1992.

The microfilm is of the Sheep Creek minute book.