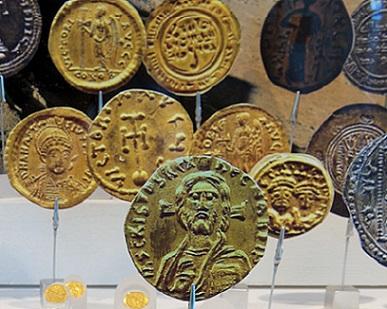 15.51 m of textual records and other material, 2,303 photographs, 46 prints (posters), and sound and video recordings.

The Nickle Galleries (formerly, the Nickle Arts Museum) is named for Samuel C. Nickle, a Calgary oil executive who founded Northend Petroleums and Anglo-American Oils in the 1940s. In 1970, Mr. Nickle donated one million dollars to the University's Building Fund for the construction of "a building that will contribute to the education and overall benefit of both students and the community at large, by including facilities for the maintenance and display of works of art, artifacts, archaeology and numismatics". The Nickle Arts Museum opened on January 12, 1979.

In 1999, following a restructuring of Information Services, the Director of the Nickle Arts Museum began reporting to the Director of Information Resources. In 2006, Information Services became Libraries and Cultural Resources. After a two-year relocation project, in 2012 the re-named Nickle Galleries opened in a new location on the main floor of the Taylor Family Digital Library. The Chief Curator of the Nickle Galleries reports to the Vice-Provost (Libraries and Cultural Resources) and University Librarian.

The Nickle's art collection focuses on artworks of the geographic area of Western Canada, but also extends to art of national and international importance, including works by northern Canadian artists. The art collection currently consists of over 3,000 items. Most of these are works on paper with a growing number of paintings, sculptures and ceramics. The Nickle also manages a small African and Asian collection consisting of 19th- and 20th-century artifacts. The Nickle Coin Collection is one of the most important such collections in Canada. The original donation of coins was the gift of Carl O. Nickle that accompanied his father's donation in 1970. The collection has since grown to over 16,000 items of primarily Greek, Roman and Byzantine coins. Since 1996, the Nickle has also been the coordinator and focal point of the Minor Program in Museum and Heritage Studies, a course of study providing students with theoretical knowledge and practical experience in the Cultural and Heritage sector.

Fonds consists of administrative and exhibition records of the Nickle Galleries, formerly the Nickle Arts Museum. Fonds includes photographs, posters, and sound recordings including interviews and conversations with artists.

Fonds consists of the following series:

The majority of the records are in English. Some records are written in French, Spanish, Japanese or Chinese.