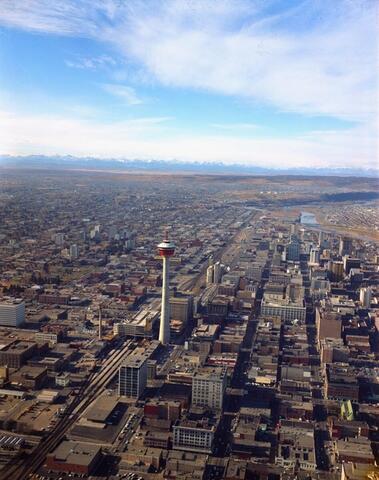 Magnus James Mathieson, 1924-2020, was born in Calgary, Alberta and his first summer job was as a delivery boy for Myers Photo Studio, where he also did some photofinishing. In 1948 he opened his own photofinishing business and eventually took on more photography assignments. Mathieson did both portrait work as well as commercial / industrial photography. He won many awards over the years including Canadian Photographer of the Year in 1982. He was a member of several photographic associations and was given an honorary life membership by the Alberta Professional Photographers Assocation in 1994. Mathieson was also a member of the Better Business Bureau, Calgary Chamber of Commerce and Calgary Convention and Visitors Bureau. He sold his business to Robert Hewitt in 1996. Mathieson married Elsie Ritz in 1953.