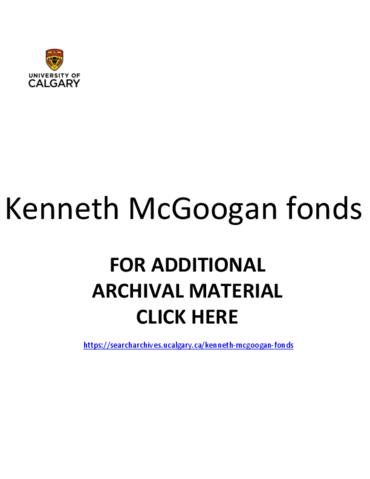 14.74 m of textual records and other material.

Donated by Kenneth McGoogan in 1996 through the University of Calgary Foundation, and in 2007.