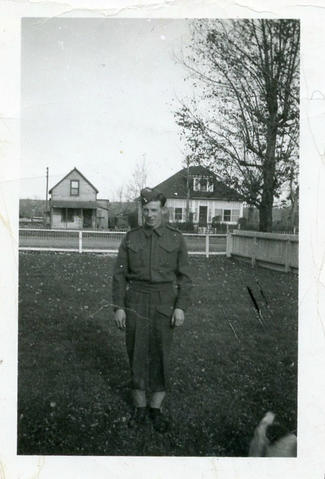 John Ian Banks was born on March 9, 1916. He joined the Royal Canadian Army in 1943, serving first with the Royal Canadian Medical Corps and then with the Armoured Corps. Post-WW II, he worked with Cadets in Calgary, including gunnery at Camp Sarcee, and also at the Cadet Camp in Vernon, B.C. He was an active member of the Mewata Armoury Mess, Calgary. He died on June 11, 2004.

Fonds consists of records and photographs gathered by Banks in his capacity as a soldier in the Canadian Army, during and after WWII, as well as some items related to Banks's personal life.

The fonds is divided into 5 series:

This AtoM record was created in September 2015 by Jason Nisenson.