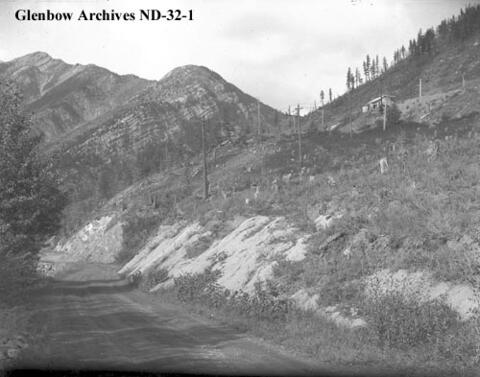 Joseph Clitheroe, 1900-1984, was born in Lancashire, England. At the age of 12 he signed on as a cabin boy in the Merchant Marine, and served in this capacity during First World War. He came to Alberta in 1922 or 1923 and worked as a harvester, ranch hand, a waiter on Canadian Pacific Railway (CPR) trains, and an orderly at the Baker Sanatorium in Calgary. In the 1930s he briefly ran a cooperative store. From 1935 until his retirement in 1965 he worked for the Canadian Western Natural Gas Company. In 1945 he married Mary Lamb, 1919?- , who was originally from Vancouver. She left school in 1935 and worked for a British Columbia provincial recreation program, teaching gymnastics, dancing and swimming, until 1945 when she moved to Calgary. Both the Clitheroes were very active in the Canadian Hostelling Association, Joe being a founding member. Their home served as the hostellers headquarters until the first office was established and Joe led crews which built and renovated a series of youth hostels in the mountains. They were also actively involved in Calgary amateur theatre. They served as stage managers for groups such as the Calgary Light Opera Society, Workshop 14 and the Calgary Theatre Singers. Joe also belonged to the Calgary Camera Club and the Inventor's Club.

Link added to Archives Photographs on May 1, 2018.