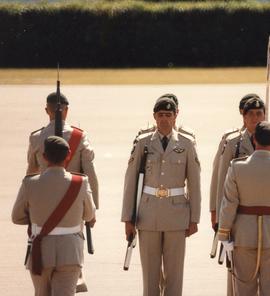 Consists of 11 colour photographs recording the last trooping at Currie Barracks before its closure in 1997. Photographs have no captions.

Series consists of materials related to the finances of the Pro Musica Society including tax information, fundraising and grant information and related correspondence.

Series consists of records related to the registration and administration of the Society. Records include legal correspondence on registration, annual returns and audit reports, and Board meeting minutes and accompanying materials.

Boondoggles, Bonanzas and Other Alberta Stories

Boondoggles, Bonanzas and Other Alberta Stories