The Donovan and Eunice Joan Williams Church Slide collection contains over 2,000 slides of churches from across Canada, compiled in the late 1980s and early 1990s. The majority of the churches date from the late 19th century to 1945, with few being built post-1945.

The collection consists of film footage of petroleum industry related views (ca. 1940s-1955) including Atlantic #3 blowout and fire at Leduc field, Alberta in 1948; recorded interview with Aird's colleagues, Willis Gibson and Labby LaBerge, about the film (1987); and photocopy of letter to LaBerge and a colleague, Allan Carr, about the film (1987). 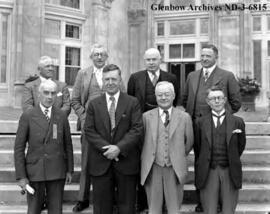