The fonds consists of extensive photograph albums of La Nauze's police and military careers in the north, Alberta, Ontario, and the Maritimes. Also includes views of his family in Ireland, a trip to Baghdad, and photos of his wife and children. The fonds also consists of his Mounted Police and Canadian Expeditionary Force diaries; memoir of Great Bear Lake patrol; his article "Murder in the Arctic" (1929); article on the Bathurst Inlet patrol; "A History of the La Nauze family" (including a biography of his father Thomas La Nauze's mounted police career); and other articles, obituaries and notes re Mounted Police activities. 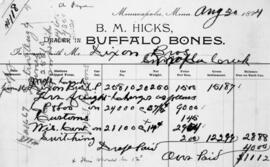 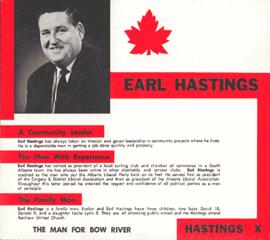 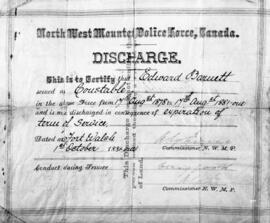 The fonds consists of NWMP discharge certificate, family photographs, and articles and manuscripts written by him and his family regarding his career with the NWMP and his experiences in the west.

The fonds consists of manuscripts of Edward's memoirs of growing up in Calgary and his legal career in Vancouver, his poetry and newspaper clippings; memoirs of Alexander (ca. 1924); and photographs of early Calgary, ranching and the Lucas family in Vancouver.

The fonds consists of photographs of Guy Weadick and Florence La Due, natives and Edward's ranch; and biographical notes about Edward and miscellany; correspondence and maps re leases on Peigan reserve. 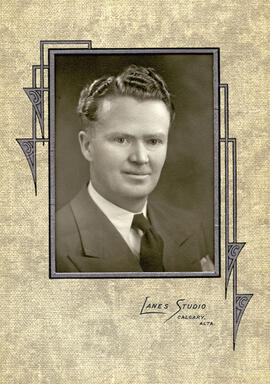