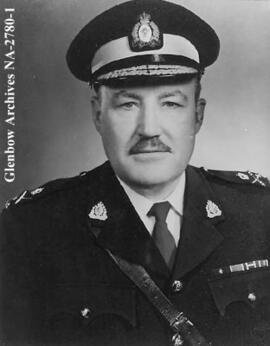 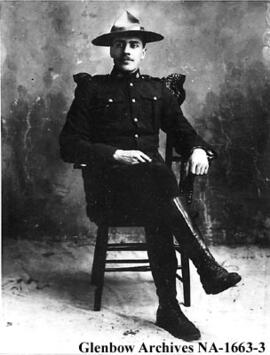 The fonds consists of photographs of RNWMP depot at Regina, RNWMP depot and personnel at Whitehorse, and William in military service in Ireland. The fonds also consists of his diary while stationed at Whitehorse and Lower Laberge, Yukon (1915), letters to his parents about his desertion, his pardon for deserting, and his brief reminiscences of his activities as a member of the RNWMP. 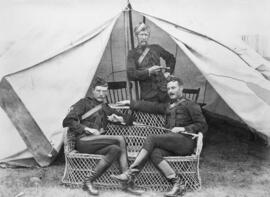 The fonds consists of orders-in-council of the government of Canada relating to the RCMP and its prececessors (1873-1955). The fonds also consists of miscellaneous diaries, accounts, wanted lists, and criminal records, etc. for these southern Alberta detachments: Calgary, Foremost, Fort Macleod, Lethbridge, Manyberries, Nanton, and Pincher Creek. Includes a microfilm of Dawson City detachment's register of travellers on the Yukon River (1901-1903).

The fonds consists of correspondence and reports accumulated in his role as Glenbow Chairman of the Board.