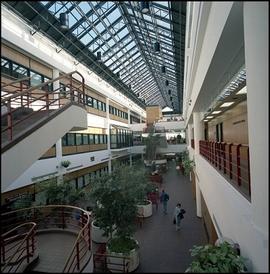 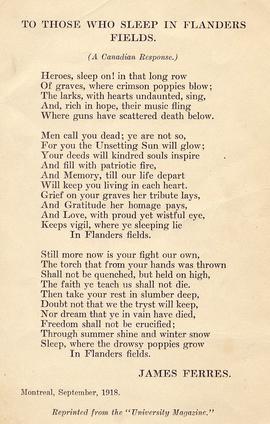 Consists of one pamphlet with John McCrae's "In Flanders Fields" printed opposite "To Those Who Sleep in Flanders" by James Ferres.

Fonds consists of the material gathered together by the author as he conducted extensive research into the topics dealt with in each of his five publications.The fonds is divided into eight series:1. Material collected for “A Paper on the Role of ... 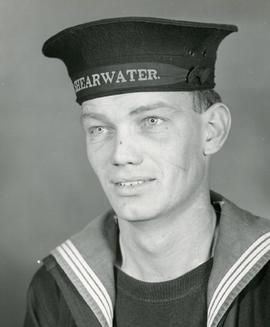 The collection consists of personal records, training materials, post-retirement material and a number of naval newsletters and publications related to the military career of John Allen Turner. Predominant date range is 1950-1975The collection is ... 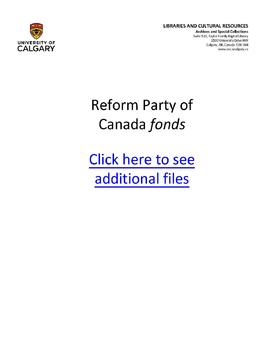 The Reform Party of Canada fonds.

Fonds consists of records produced and collected by staff and volunteers of the Reform Association of Canada, the Reform Party of Canada, and the United Alternative. The records transferred to the Archives were those held at national office in Cal... 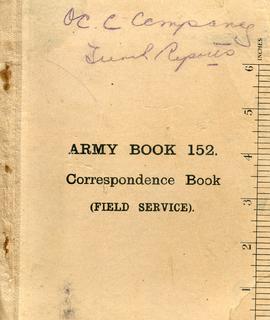 Consists of material related to Foster's WWI service as member of the 2nd Canadian Mounted Rifles and later Commanding Officer of the 52nd Battalion.Material is divided into four series:1. Trench notes and related correspondence.2. War summar... 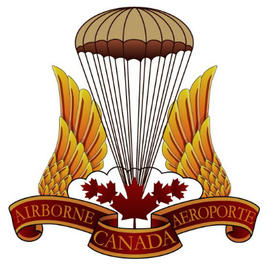 Collection consists of original (25%) and copied (75%) research material related to the history of the Canadian Airborne Regiment. It includes correspondence, taped interviews and transcripts, and photocopies of related material held at various A... 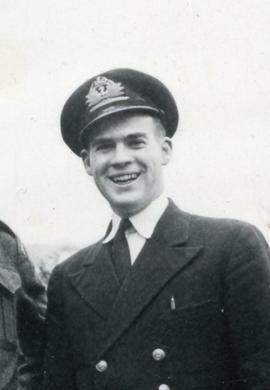 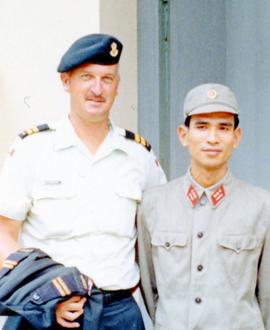 The collection consists of official documentation relating to Altenhof’s International Commission of Control and Supervision posting, newspaper clippings related to the work of the ICCS, maps of Vietnam, and documents relating to reunions of Vietn...