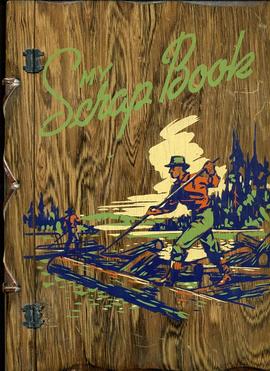 The fonds consists of two scrapbooks added to and maintained by Hotsenpillar for a period of roughly 60 years. It is comprised of a single series: Scrapbooks. 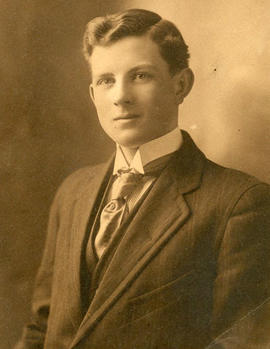 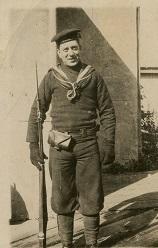 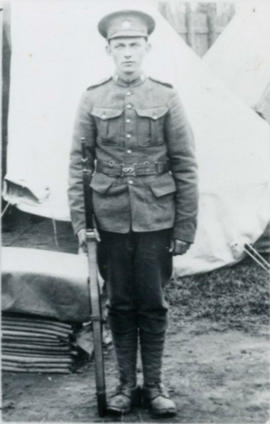 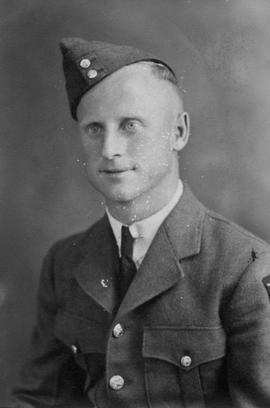 Fonds consists of material gathered and/or created by Earl Payson Gartley or his family during the course of Gartley's career, first as a teacher and later as a member of No. 4 Squadron, Royal Canadian Air Force during WWII. The fonds is divided into four series: 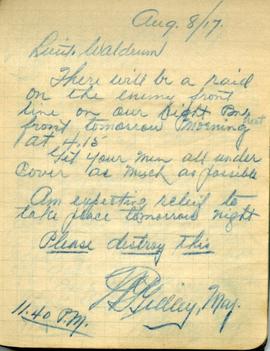 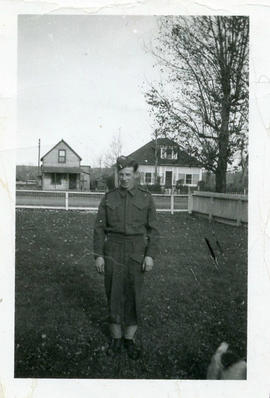 Fonds consists of records and photographs gathered by Banks in his capacity as a soldier in the Canadian Army, during and after WWII, as well as some items related to Banks's personal life.

The fonds is divided into 5 series: 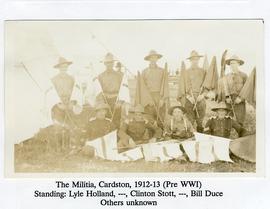 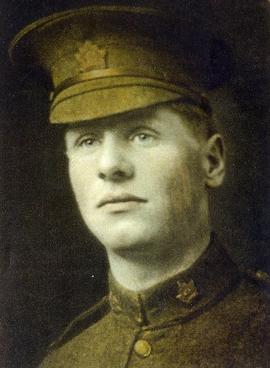 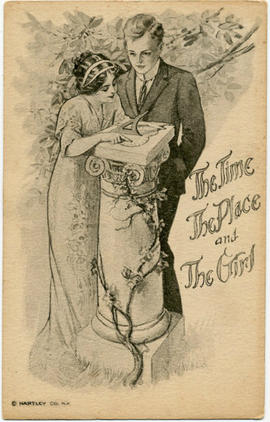 The collection consists of 53 postcards, 1 greeting card and 1 photograph : b&w she received from five different soldiers prior to, during the course of and following WW I. The names of the soldiers in alphabetical order with the number and type of item received is as follows:
Arthur A. Botsford: Christmas Greeting Card from Moore
Barracks, Shorncliffe, Kent, England (undated).
"Hislop": Postcard (dated “3-5-19”).
Thomas E. Randall: 11 postcards and 1 photograph (dated 1915-16). The photograph is a unit photograph of Randall’s Machine Gun Section and all members of the unit are identified on the reverse.
"Royal": 10 postcards, most expressing considerable affection and suggestive of a romantic interest, if not relationship (dated (1913-14).
Undetermined: Authorship of 2 postcards not determinable.
Will 5 postcards. These appear to be part of what was originally a series of six consecutive cards with one missing (undated).

The remainder of the postcards have not been written on. The pictures on the post cards’ front sides are a wide variety of subjects mostly scenic, but several which are military related and a few cartoons. One of the postcards is actually a postcard-sized
advertising card for a sheet metal and furnace/boiler company.