Fonds consists of records created and received by Jane Kelley. 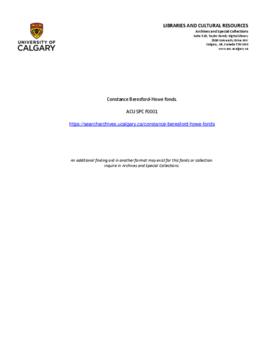 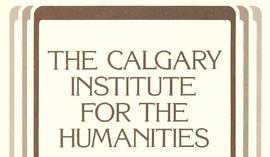 Fonds consists of minutes of meetings, membership lists, correspondence, and office files of the Association of Alberta Architects, 1906-1978.

The Bob Bergen Fonds consists of materials gathered by Bergen in his capacity as a staff writer for the Calgary Herald. In particular, the fonds contains the results of several Access to Information Act requests made by Bergen in the late 1990’s ...

Fonds consists of issues of "Forum", the newsletter of the Calgary Women's Writing Project Society.

The fonds consists of petition and letter to F.W. Chesson protesting the sale of land by the Hudson's Bay Company (HBC) in Manitoba (1860); letters to Chesson [photocopied 1964] about grievances of the Metlakahtla in British Columbia (1869-18...