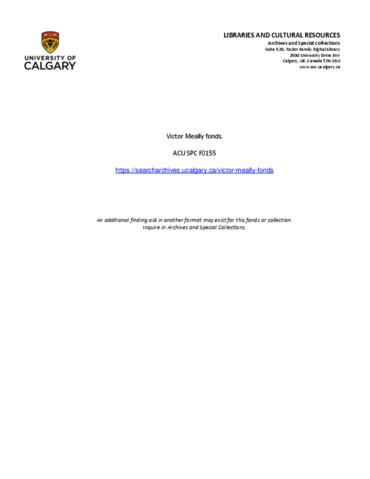 Principal editor of the Encyclopaedia of Ireland and accountant Victor Meally was born in Dublin, Ireland, on June 26, 1911 and died in 1986. Attended Trinity College, Dublin, and graduated with double first class honours in philosophy and mathematics. Was an active member of the Dublin University Mathematical Society, the Metaphysical Society and the Chess Club. Throughout his life took part in many causes such as the Irish Anti-War Crusade and anti-apartheid movement.

Fonds consists of correspondence with various persons including H.S.M. Coxeter and Harry O. Davis, notebooks, manuscripts on mathematical topics and works by other authors with annotations by V. Meally.