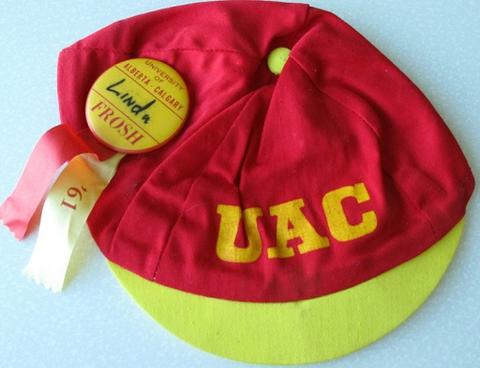 University of Alberta in Calgary

Except for Mount Royal College (MRC), there were no other facilities of higher education in Calgary in the 1930's and 1940's. Although MRC had been granted permission to offer first year university courses in affiliation with the University of Alberta (U of A), the pressure of returning soldiers seeking an education and a forseeable baby boom made a new facility a necessity. When the government closed the Normal Schools and placed Teacher training under the guidance of the U of A's Faculty of Education, it was seen as a foot in the door by the Calgary University Committee who advocated a full University in Calgary. In 1946 this educational facility became known as the Calgary Branch of the University of Alberta. More courses were gradually added: Arts & Sciences (1951); Commerce (1953); Physical Education (1956); Engineering (1957). In 1957 the campus became known as the University of Alberta in Calgary and became a full-fledged extension of the U of A; in 1961 it was known as the University of Alberta, Calgary; during 1965-1966 it was known as University of Alberta at Calgary. The push for automony in 1964 eventually saw the establishment of separate Faculty councils for Edmonton and Calgary and in May, 1965, the government conceded autonomy in most academic and financial affairs for Calgary. From 1964 to 1966, each campus had its own president and its own General Faculty Council (GFC). Full autonomy was accorded under the new Universities Act in April, 1966.

Fonds consists of calendars (1956-1967); Library Building Committee records including architectural plans (1960-1962?); pamphlets for closing excercises, convocations and admission ceremonies (1948-1965); UAC Conference on Higher Education or "the liberal Arts and Sciences" records (1961-1962); University Library annual reports (1957-1965); President's report (1965-1966); campus telephone directories (1963-1965); a volume of student essays called "Focus: a UAC Student Review" (1963); Universities Coordinating Council records (1964-1966); and Principal's office memos including reference to the Ad hoc Committee to Consider some Aspects of the Relationships between the Campuses of the University of Alberta in Edmonton and Calgary (1961).