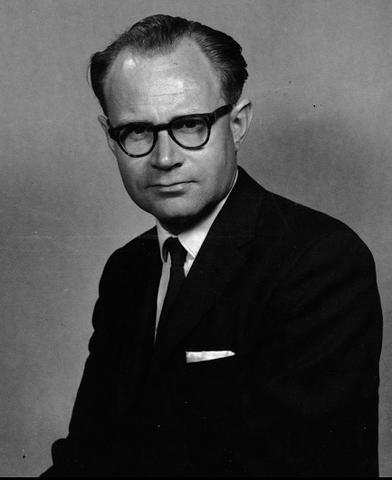 Terence Michael Penelhum was born in Bradford-on-Avon, England on 26 April 1929. He received his early education at Weymouth Grammar School. From 1946-1950 he attended the University of Edinburgh, receiving his M.A. in Philosophy with First-Class Honours in 1950. In 1952 he received a B.Phil in Philosophy from Oriel College, Oxford where he was an Alexander Campbell Fraser Scholar. In 1952-1953 he was an English-Speaking Union Fellow at Yale University.

At the University of Calgary Professor Penelhum held numerous administrative and service appointments. He was Dean of Arts and Science (1964-1967), head of the Philosophy Department (1964-1970), and director of the Calgary Institute for the Humanities (1976-1979). He served as a Faculty member on the Board of Governors (1967-1970), a member of the General Faculties Council (1963-1976), and chair of the Academic Policy Committee, the GFC-Library Committee and the Committee on Appointments, Promotions and Dismissals. Professor Penelhum also served on the General Promotions Committee, the Provincial Appraisals Committee on new graduate programmes, the Detomasi Committee on the role and structure of GFC and many others.

In addition to his responsibilities at the University of Calgary, Professor Penelhum was involved in various other scholarly activities. He was the editor of The Canadian Journal of Philosophy (1970-76); the Canadian Representative on the Council for Philosophical Studies, American Philosophical Association (1969-74); President of the Canadian Philosophical Association (1968-69); Lecturer and Tour Leader for the World University Service of Canada Seventh International Seminar in Greece and Germany (1958); Danforth Seminar Fellow (1957 and 1958); held a Canada Council Post-doctoral Fellowship (1961-62), two Canada Council Leave Fellowships (1968-69; 1978), and three SSHRC Leave Fellowships (1980, 1982, 1985); was a member of the Advisory Academic Panel, The Canada Council (1971-75; chairman 1973-74); Chairman of the Negotiated Grants Committee, The Canada Council (1974-77; ex officio member as past chairman, 1977-78); Council member, Canadian Institute for Advance Research (1982-87); Canadian representative (nominated by Prime Minster Trudeau) to the conference on The Life Sciences and Humanity, sponsored by the Japan Foundation at the request of Prime Minister Nakasone, Hakone, Japan, March 19-22, 1984; and the first Canadian participant in the exchange lectureship program between The Royal Society of Canada and the British Academy: London, Cambridge, Edinburgh, March 1992.

Professor Penelhum is the author of seven books: Survival and Disembodied Existence, Religion and Rationality, Problems of Religious Knowledge, Hume, God and Skepticism, Butler, and David Hume. In addition, he has edited three books: The First Critique (with J.J. MacIntosh), Immortality, and Faith. He has published nearly seventy professional articles on a wide variety of subjects, and has presented papers and comments at countless conferences throughout his career.

Fonds consists of records collected and created by Professor Penelhum in his various roles of lecturer, author, consultant and academic.

The fonds has been arranged into the following series: Manuscripts, publications and related materials Conferences and speaking engagements Consulting and advisory work Teaching activities
*Honorary degrees and awards.

The majority of the materials are in English, however there are some documents in French, German, Spanish and Italian.