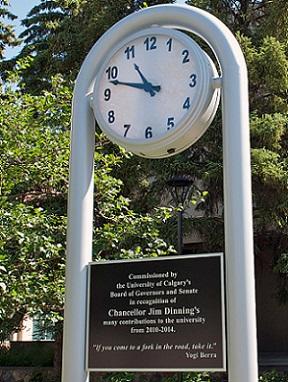 23.41 m of textual records and other material:

The University of Calgary Senate creates a bridge between the University and the wider community. Its purpose is to represent the public interest, promote the university on local, national and international levels, influence decision makers, foster student interests and promote and recognize excellence. It achieves these objectives through regular meetings, ongoing standing committee work, special events held throughout the year and by providing a continued and highly visible contact point for all stakeholders to communicate with the university.

The Senate was created by The Universities Act and its first meeting was held September 27, 1966. It meets five times per year, in addition to holding an annual two day seminar. The Senate is empowered to inquire into matters which might enhance the usefulness of the University, serves as the public conscience of the University, effects public communication, elects the Chancellor and selects honorary degree recipients.

Membership in the Senate consists of the Chancellor; the President; Vice-President (Academic); the Dean, Continuing Education; the President and Vice-President of the Alumni Association; two deans; two Board of Governors members; three members of the General Faculties Council; two members of the Alumni Association; nine members of the public; four students; one graduate student; two non-academic staff; and thirty members representative of affiliated colleges, groups or organizations with an interest in the University.

The Senate has several Committees including: the Executive (sets the agenda for each Senate meeting, acts as a steering committee, recommends policy, and carries out directives of Senate); Programming committee (a sub-committee of the Executive, it is responsible for ensuring effective and efficient Senate meetings, developing improved participation by Senators, and in bringing forward topics and presentations of interest to the Senate); Nominating Committee; Honorary Degrees Committee (solicits, reviews and selectes nominations for Honorary Degree recipients); Finance Committee (overviews the financial condition of the University and the Senate, and prepares the Senate's budget); Concerns and Inquiry Committee (solicits, acknowledges and conducts inquiries into any University concerns, and strikes a Task Force as required when major issues arise); Public Communications Committee/External Relations (provides information concerning activities to the public, and forms Listening Groups to hear about activities of local organisations vis a vis the University); University Strategy Committee (develops response statements and position papers for Senate on current issues); Seminar Planning Committee (its sole responsibility is to plan the Senate's annual seminar retreat. It appears that after c.1974, the Committee which had the responsibility for selecting the Distinguished Lecturers was allocated to the Public Affairs office.

The Task Force on Accessibility was a study done from November 1987-May 1990. The mandate of the task force was to establish how qualified and motivated students could secure positions at the University by looking at changes in tuition, transfer credits, academic criteria and the length of college preparation. Other Task Forces have focused on such issues as the accessibility of Day Care services on campus; university funding; spirit on the University of Calgary campus; ethnic diversity; the University's mission statement; and, on more than one occssion, the role of the Senate itself.

Cheque requisitions, hotel booking confimations, inter-departmental billing records and other such "housekeeping records" have been culled from the files.